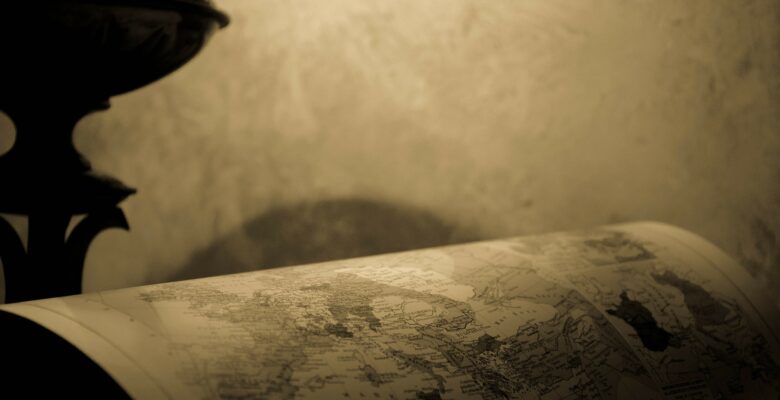 There are a number of moments and events in my life that have, if not shaped my academic career, certainly defined the way in which I approach my subject.

This piece is about two of them.

The first of those moments that I would like to talk about here occurred sometime in the autumn of 1993, when I was about to commence reading Latin and Greek philology at the Freie Universität Berlin. I very vividly remember sitting in my room, at home, in the early hours of the evening, when my father walked in and asked me: “Latin and Greek? Seriously, how many more times does Vergil’s Aeneid need translating?”

I forgot what I responded. It was probably very witty. (Not.) I do remember, however, that I wasn’t especially upset by his question. But I was certainly perplexed for a bit. I hadn’t thought about why to study Latin and Greek in terms of innovation and expansion of the body of evidence – I had thought about it because I was (reasonably) good at it at school and because I had enjoyed it because of a sequence of excellent teachers.

Now, before you start making too many, or any, unfavourable assumptions about my father, let me clarify something: Though a first-generation academic, my father is classically educated: he studied both Latin and Ancient Greek at school, and his memory of vocabulary, grammar, and classical authors and texts persists to the present day. He sent me to an altsprachliches Gymnasium, i. e. a secondary school at which the ancient languages were a defining feature of the curriculum. In other words, he does not need convincing of the value of Latin and Greek now, and neither did he at the time.

The lesson I took away from this conversation with my father was a simple, but quintessential one: while it is important to read the classical authors (and to translate them, again and again!), in academia it is not enough merely to repeat what others have already done before you.

When I started my university career, I was especially struck by what one might call “early” or at least “Republican Latin poetry”, especially authors like Ennius, Plautus, Terence, or Lucretius. Their language and wit and creativity held me firm in their grip.

But how not to do what others had done before me in this field?

This is when I got lucky. I was given the opportunity to work as an undergraduate research assistant at the Corpus Inscriptionum Latinarum, and this broadened my mind in many ways, beginning to look into bodies of evidence that no one ever had told, or taught, me about in the Department of Greek and Latin Philology. And, inspired by that, I began to research the evidence for Republican poetry in the inscriptions – a pastime that eventually resulted in my PhD thesis on the Roman verse inscriptions in the so-called Saturnian metre, a rhythm so obscure that already the Romans of the imperial age weren’t so sure how it actually worked. Which is a bit of a problem if you wish to identify texts written in a certain rhythm without knowing what a poet had to do, or to avoid, in order to compose a line in said rhythm.

Twenty years on, in 2022, I am still thoroughly amazed by the fascinating worlds that have revealed themselves to me through researching the Roman verse inscriptions, and I continue to do so in the context of the MAPPOLA project with my wonderful Vienna-based team as well as in a number of international networks.

I would like to mark this year, twenty years of Carmina Saturnia Epigraphica, with the translation of an inscription that was published only after I had already published my thesis – an inscription that is both highly fragmentary as well as – according to some! – written in the Saturnian metre.

The inscription in question, highly fragmentary in nature, was discovered just south of Cittareale (Rieti, ancient Reate), in the ancient region of Samnium, approximately 100 kilometres north-east of Rome. Cittareale was – arguably – the birthplace of Rome’s Emperor Vespasian.

The text is placed on two (adjacent) sides a fairly small, almost cubic stone block. The Epigraphic Database Rome records its measurements as 13.3 x 15 x 12.5 cm); photos of the stone are available for online consultation on the EDR pages as well as on the museum webpages at Cittareale (pdf format).

The text (AE 2008.473 = EDR 113255), datable to earliest years of the first century B. C. based on the use of the so-called geminatio Acciana (aarmeis instead of armeis, Romaani instead of Romani) and a reference to the Social War, has been read and restored by its students as follows (surviving text of the fragment in boldface, in order to illustrate just how little of the original is actually preserved):

A translation, again with the actually preserved bits in boldface, might read as follows:

When upon our city, with unjust weapons, Italy
launched an impious and wicked war,
thereby despising the sacred laws of gods and goddesses,
. . . the Romans,
. . . with great valour,
won against the Italic tribes, bestowed a sole fatherland’s
citizenship upon then and thus brought them all together.

With the enemies dispersed and put to rout, everyone rejoiced.
Italy was freed from great dangers;
The booty of things and animals that had been amassed grew further
through a very great quantity of gold and silver.
As these matters had gone well, over many battles,
in keeping with your sacred promise, a statue that was deservedly decreed for you
and ordered to be placed in this place by the magistri themselves.

The text would seem to commemorate the dedication of a now lost statue (of comparatively small size, if this stone was part of its pedestal, since the stone in its original dimensions hardly exceeded 90 x 90 cm) that was dedicated to, and represented, a local leader (of unknown name and identity). Executed by local dignitaries of some description, magistri, the text celebrates the settlement’s support of victorious Roman forces during the Social War, which appears to have paid off for this commune also in financial terms.

The wording of the text, as far as one can say in the case of such a heavily mutilated text, is grandiloquent and triumphal, and in parts epic.

But is it poetic? Is there an underlying rhythm?

Well, it depends on what one is looking at.

The restoration of the text is clever and aimed at supporting this view.

The bit of the text that actually survived the damage is less clear.

There are two hints, however:

Monumental and poetic celebrations of military success in the Saturnian metre were not altogether unheard of in Republican times. I already mentioned the triumphal tabulae, used by Roman metricians for their study of the Saturnian verse (such as the one, above, by Acilius Glabrio). But there is also the epigraphical parallel of a Saturnian dedication by Gaius Sempronius Tuditanus from Aquileia (EDR072272, see also Lupa.at), datable to 129 B. C.

I saw Tuditanus’ inscription in early May 1999, when I visited the Archaeological Museum of Aquileia, as part of my first epigraphical expedition, in preparation of my PhD thesis. It is a visit I will never forget. Not because of the inscription. But because of the kindness of strangers. Travelling with a huge bag, packed for two weeks, and on an interrail ticket, I had arrived in Aquileia on an overnight train from Vienna. (Coming from Berlin, I had to visit Carnuntum first, in order to study this piece).

I was tired. Exhausted. Barely able to communicate in Italian.

On the road from the station to the museum, a car behind me honked – and an old lady, who did not speak any other language but Italian, insisted to offer me a lift to the museum.

And this was a second defining moment for me. To learn that it is of great value to be open-minded and unafraid of exploring places far away from my previous comfort zones – cautious for sure, but with a bit of faith in the kindness of strangers.

Thus I feel enriched to the present day.

Or as a Roman verse inscription, arguably in the rare Saturnian metre, once put it: auctast praeda.

I doubt that the publisher of my PhD thesis on the Saturnian verse inscriptions feels especially enriched by my work (though the Romans made some very clear connections between the god Saturnus and wealth and prosperity): after twenty years, the book is finally sold out, and no second edition appears to be planned. Only via the publisher’s webpage I saw that the book is now available as an e-book.

Should a second, revised edition ever happen, I can promise, however, that the inscription from Cittareale will feature in it.

Previous ArticlePoetic dispatches from the Dacian Limes
Next ArticleEpigram of the month: Let’s talk and write about sex!