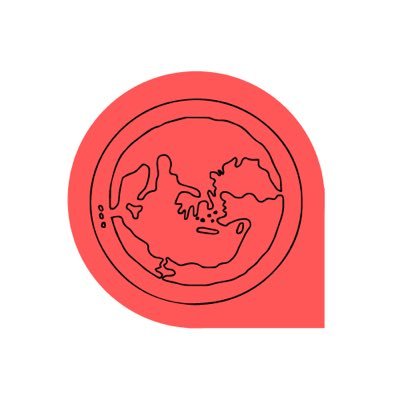 Certain narratives die hard, and one of the particularly persistent narratives in our field, told in a range of nuances from the simplistic to the somewhat more refined, is that of a Roman empire divided into two halves, a Greek-speaking east and a Latinate west.

While linguistic scholarship of the last twenty years has enabled us to see the linguistic landscape with much greater clarity, and while historical research has done much to deepen our understanding of language policy and practice as related to social stratification and administrative / military use(s), the field of literary and cultural studies remains largely stuck in the convenient, but long outdated narrative. The situation is not helped by disciplinary divisions between ‘Greek scholars’ and ‘Latin scholars’, even where they work on roughly contemporary evidence.

The MAPPOLA project investigates the poetic landscape(s) of the Roman Empire, both in its static, local dimensions and with a view to its dynamics, e. g. caused by forms of mobility and dislocation of individuals, and entire groups of people, in the ancient world.

In this context we are organising a workshop, inviting scholars from a variety of disciplinary backgrounds and traditions, and at all stages of their academic career, to join us in our desire to gain a more holistic, complex view of the realities of local poetic traditions in the Roman Empire, broadly and inclusively understood, that are at odds with convenient, yet dated geographical divisions and narratives.

Due to the ongoing uncertainties regarding international travel during the COVID-19 crisis, we will hold our workshop as an online event, hosted at the University of Vienna and by the MAPPOLA team in the Department of Ancient History and Classical Studies, Papyrology and Epigraphy.

The workshop will take place on two consecutive afternoons (Central European Time) on 25–26 of February, 2021. It will provide what we hope will be a lively mixture of presentations, e-posters, and a lot of discussion and exchange of ideas.

Call for Papers and Posters

At this point, we invite interested researchers, from all backgrounds and at all levels of seniority, with or without institutional affiliation, to submit proposals for papers or posters.

Proposals for contributions should reach us no later than October 31st, 2020, and we will confirm inclusion within two weeks from that date.

In particular, we hope to attract contributions that will examine quantitative and qualitative aspects of Roman poetic production, especially in – but not restricted to! – epigraphic forms, whose language use contradicts the common East/West and Greek/Latin narrative. We would like to understand the production of Latin poetry in the predominantly Greek-speaking provinces of the east and the production of Greek poetry in the predominantly Latinate west, and we would like to do so for as many regions north, south, and east of the Mediterranean as possible as well as for its relevance to social groups and ethnicities not commonly included in the literary canon.

Proposals, to be sent to mappola.erc(at)gmail.com, should include (i) name and contact details of the proposing party, (ii) title of the proposed contribution (as well as a statement on whether this is intended as a paper, a poster, or either), and (iii) an abstract of no more than 300 words.

Submissions will be accepted in all official languages of the AIEGL (English, French, German, Italian, Spanish) and will be reviewed by the MAPPOLA team.

Presentations & posters: We propose that all contributors make their presentations available to participants at least two weeks ahead of the event. We will provide the IT infrastructure to do so safely (password protected) and in keeping with relevant copyright requirements.

Presentations: Submissions may take any form (written, audio, video), and should be the equivalent of a conference length paper (think: 20-30 minutes); for the purpose of the actual event, we propose that you choose an aspect or case study related to your paper to fill an absolute maximum of 5 minutes’ presentation, giving all of us maximum space and scope for lively debate.

The MAPPOLA project receives funding by the European Research Council and promotes the accessibility of its research. (Virtual) attendance will be free of charge.